WASHINGTON– The U.S. Environmental Protection Agency (EPA) announced a preliminary pollinator risk assessment for the neonicotinoid insecticide, imidacloprid, which shows a threat to some pollinators. EPA’s assessment, prepared in collaboration with California’s Department of Pesticide Regulation, indicates that imidacloprid potentially poses risk to hives when the pesticide comes in contact with certain crops that attract pollinators.

“Delivering on the President’s National Pollinator Strategy means EPA is committed not only to protecting bees and reversing bee loss, but for the first time assessing the health of the colony for the neonicotinoid pesticides,” said Jim Jones Assistant Administrator of the Office of Chemical Safety and Pollution Prevention. “Using science as our guide, this preliminary assessment reflects our collaboration with the State of California and Canada to assess the results of the most recent testing required by EPA.” 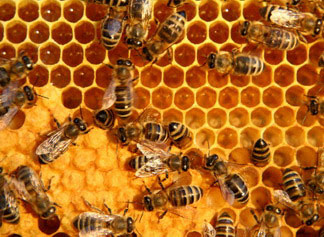 The preliminary risk assessment identified a residue level for imidacloprid of 25 ppb, which sets a threshold above which effects on pollinator hives are likely to be seen, and at that level and below which effects are unlikely. These effects include decreases in pollinators as well as less honey produced. .

For example, data show that citrus and cotton may have residues of the pesticide in pollen and nectar above the threshold level. Other crops such as corn and leafy vegetables either do not produce nectar or have residues below the EPA identified level. Additional data is being generated on these and other crops to help EPA evaluate whether imidacloprid poses a risk to hives.

A preliminary risk assessment of all ecological effects for imidacloprid, including a revised pollinator assessment and impacts on other species such as aquatic and terrestrial animals and plants will also be released in December 2016.

The 60-day public comment period will begin upon publication in the Federal Register. After the comment period ends, EPA may revise the pollinator assessment based on comments received and, if necessary, take action to reduce risks from the insecticide.

In 2015, EPA proposed to prohibit the use of pesticides that are toxic to bees, including the neonicotinoids, when crops are in bloom and bees are under contract for pollination services. The Agency temporarily halted the approval of new outdoor neonicotinoid pesticide uses until new bee data is submitted and pollinator risk assessments are complete.