Pesticides, which are sprayed in the amounts of billions of pounds per year, have been making a lot of noise lately. This is because multiple published studies, and hundreds of scientists all over the world have identified (without a doubt) them as a catalyst for multiple major human health ailments, including cancer, Parkinson’s & Alzheimer’s disease, just to name a few. They’ve also been reported to have disastrous environmental consequences, but it doesn’t stop there.

Another major concern regarding pesticides is the sudden loss of bees that the planet has been experiencing for the based few years. It’s quite concerning, which has scientists scrambling to figure out what’s going on, and it seems they’ve found it.

A new study, published in the July 23rd issue of the Journal of Environmental Chemistry states that:

“Data from this study clearly demonstrates the ubiquity of neonicotinoids in pollen and honey samples that bees are exposed to during the season when they are actively foraging across Massachusetts. Levels of neonicotinoids that we found in this study fall into ranges that could lead to detrimental health effects in bees, including CCD (Colony Collapse Disorder)” – Alex Chensheng, Associate Professor of Environmental Exposure Biology in the Department of Environmental Health at Harvard Chan School and lead author of the study.

The researchers analyzed 219 pollen and 53 honey samples from 62 hives, from 10 out of the 14 counties in Massachusetts. They found neonicotinoids in pollen and honey for each month collected, in each location — suggesting that bees are at risk of neonicotinoid exposure any time they are foraging. 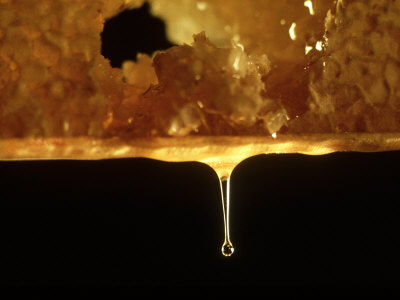 This is a major problem, and studies surfacing over the past few years have clearly shown it. The government of Ontario, Canada is one of the first to finally take action, having limited the use of neonicotinoid pesticides, citing the growing amount of evidence that the substance is responsible for drastic reductions in bee populations in the province.

“The science is very clear. It is absolutely linked to the problems with bees, the death of bees, but also the sub-lethal effects on bees, such as disorientation, which leads to colony failure. The new information that is before us and very alarming is that the impact on the ecosystem is much greater and much broader. The bees are the canary in the coalmine.” – Gord Miller, Ontario’s Environmental Commissioner

Another study by Harvard that was recently published  in the Bulletin of Insectology shows how these pesticides are killing bees at an exponential rate. The study concluded that:

“The results from this study not only replicate findings from the previous study, but also reinforce the conclusion that the sub-lethal exposure to neonicotinoids is likely the main culprit for the occurrence of CCD.”