United States beekeepers lost 44 percent of their honey bee colonies from April 2015 to April 2016, according to the latest preliminary results of an annual nationwide survey. This is a higher overall loss rate than last year and marks the second consecutive survey year that summer loss rates rivaled winter loss rates.

Beekeepers across the United States lost 44 percent of their honey bee colonies during the year spanning April 2015 to April 2016, according to the latest preliminary results of an annual nationwide survey. Rates of both winter loss and summer loss–and consequently, total annual losses–worsened compared with last year. This marks the second consecutive survey year that summer loss rates rivaled winter loss rates. 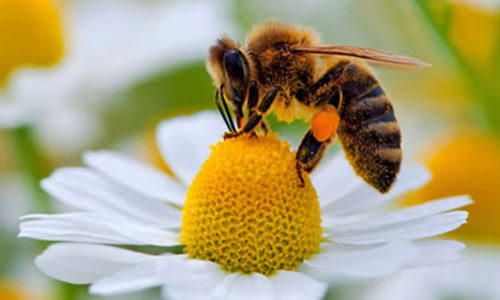 The survey, which asks both commercial and small-scale beekeepers to track the health and survival rates of their honey bee colonies, is conducted each year by the Bee Informed Partnership in collaboration with the Apiary Inspectors of America, with funding from the U.S. Department of Agriculture (USDA). Survey results for this year and all previous years are publicly available on the Bee Informed website.

“We’re now in the second year of high rates of summer loss, which is cause for serious concern,” said Dennis vanEngelsdorp, an assistant professor of entomology at the University of Maryland and project director for the Bee Informed Partnership. “Some winter losses are normal and expected. But the fact that beekeepers are losing bees in the summer, when bees should be at their healthiest, is quite alarming.”

Beekeepers who responded to the survey lost a total of 44.1 percent of their colonies over the course of the year. This marks an increase of 3.5 percent over the previous study year (2014-15), when loss rates were found to be 40.6 percent. Winter loss rates increased from 22.3 percent in the previous winter to 28.1 percent this past winter, while summer loss rates increased from 25.3 percent to 28.1 percent.

The researchers note that many factors are contributing to colony losses. A clear culprit is the varroa mite, a lethal parasite that can easily spread between colonies. Pesticides and malnutrition caused by changing land use patterns are also likely taking a toll, especially among commercial beekeepers.

A recent study, published online in the journal Apidologie on April 20, 2016, provided the first multi-year assessment of honey bee parasites and disease in both commercial and backyard beekeeping operations. Among other findings, that study found that the varroa mite is far more abundant than previous estimates indicate and is closely linked to several damaging viruses.

Varroa is a particularly challenging problem among backyard beekeepers (defined as those who manage fewer than 50 colonies).

“Many backyard beekeepers don’t have any varroa control strategies in place. We think this results in colonies collapsing and spreading mites to neighboring colonies that are otherwise well-managed for mites,” said Nathalie Steinhauer, a graduate student in the UMD Department of Entomology who leads the data collection efforts for the annual survey. “We are seeing more evidence to suggest that good beekeepers who take the right steps to control mites are losing colonies in this way, through no fault of their own.”

This is the tenth year of the winter loss survey, and the sixth year to include summer and annual losses in addition to winter loss data. More than 5,700 beekeepers from 48 states responded to this year’s survey. All told, these beekeepers are responsible for about 15 percent of the nation’s estimated 2.66 million managed honey bee colonies.

The survey is part of a larger research effort to understand why honey bee colonies are in such poor health, and what can be done to manage the situation. Some crops, such as almonds, depend entirely on honey bees for pollination. Estimates of the total economic value of honey bee pollination services range between $10 billion and $15 billion annually.

“The high rate of loss over the entire year means that beekeepers are working overtime to constantly replace their losses,” said Jeffery Pettis, a senior entomologist at the USDA and a co-coordinator of the survey. “These losses cost the beekeeper time and money. More importantly, the industry needs these bees to meet the growing demand for pollination services. We urgently need solutions to slow the rate of both winter and summer colony losses.”

The above post is reprinted from materials provided by the University of Maryland. .